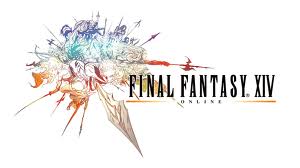 Final Fantasy XI forums and fansites blew up yesterday with the translation of a developer update posted on the Japanese beta site that covered the “surplus system,” or as I like to call it now, the “xp threshold system.” People were going crazy with conspiracy theories and threats of “I just canceled my CE pre-order Square-Enix!” (Onos!)

Today Nobuaki Komoto posted an update on the North American FFXIV beta site addressing these issues directly to the NA/EU audience. No shoddy translations or guessing games. This is what he had to say:

Once again, we would like to thank you all for your participation and support during the Closed Beta. We will continue to take your valuable feedback into consideration as we develop the game during Open Beta and even beyond the official release.

Now I would like to take a moment to respond to the many questions and opinions regarding the manner in and rates at which experience and skill points are obtained in Beta 3.

Firstly, the concept for FINAL FANTASY XIV was to design a system of character progression that offers meaningful advancement for those with limited time to dedicate to playing. We did not want to create a game that forced people to play for hours on end to see their efforts rewarded. To that end, in addition to the Guardian’s Aspect and guildleve systems, we introduced a means of apportioning swifter advancement to shorter periods of play.

In order to achieve this balance, we calculated a value for the amount of skill or experience points that could be earned in a one-hour period. This theoretical value represents an hour spent engaged solely in combat, levequests, or any other activities that earn skill or experience points, and sets a threshold delimiting how many of these points can be earned in a period of play.

It is worth noting, however, that the reduced rate will also gradually recover while players are engaged in activities that do not yield skill/experience points. In this manner, it is possible for the threshold value to reset completely, even before the completion of the one-week timer.

Any skill points earned in excess of the threshold maximum—that is, at a rate of zero—will be stored as “bonus skill points.” These are specific to each class, so players limited to earning bonus skill points still have the freedom to change classes and begin earning skill points again at the maximum rate, allowing their reduced skill rates to recover in the meantime.

The experience point threshold, however, is unrelated to class, and switching classes will have no effect on the decreasing rate of earnable experience.

This is how the progression system currently works.

This system was not introduced in Beta 3, but has been in place since the beginning of beta testing. There are several reasons why many people believe that these features were only recently implemented:

– Leading into Beta 3, operation hours were extended, making it possible to play more often during the span of a week.
– To encourage players to form guidleve parties in Beta 3, skill and experience point rewards for guildleves were significantly increased.
– The process that reduced the amount of skill/experience points awarded for weak enemies attacking in groups was unintentionally removed at the start of Beta 3. (This issue has been addressed.)

That last reason in particular was the biggest cause for players running up against the threshold penalty, with characters earning far more skill/experience points than we anticipated. We also faced an issue where we were simultaneously unable to adjust the amount earned for guildleves as well as the effects of crossing each threshold.

We sincerely apologize for the lack of explanation and our failure to make the necessary adjustments in the game.

The threshold values are being reexamined, and we plan to further adjust the different rates of earnable points based on feedback from our testers. One of the top issues we are looking at right now is fixing the excessively rapid drop after crossing the eighth threshold. We also plan to improve experience point reduction rates, even more so than for skill points, considering the threshold is unaffected when changing class.

At the very least, we can promise that players won’t be running into the threshold penalty in the same short time span as they did in the beginning of Beta 3.

We would like to take this opportunity to also explain the following issues.

The diminishing results experienced during gathering are a function related to that class alone, and have no connection to this progression system. We are in the process of adjusting this system, and plan to make changes based on tester feedback.

We are currently in the process of considering the means in which bonus skill points can be used. There have been suggestions for various types of incentives, but as encouraging people to play with that in mind defeats the purpose of this threshold system, we will be examining this issue very carefully.

These are not the only adjustments we have planned for Open Beta. As mentioned previously, we are looking into increasing the amount of skill points earned when fighting in a party, and we look forward to seeing your input on these changes.

Last of all, I would like to apologize for the delay in releasing a developer’s comment due to my recent attendance to Gamescom. The article based on my interview during that trip, coupled with conjecture, outdated information, and some misunderstandings on overseas websites, only added to the confusion. In the future, I hope to avoid similar problems by responding directly through official developer’s comments as often as possible. Thank you for your understanding.

See you in the Open Beta Testing!

This is what we all wanted.  Excellent, in-depth, explanation of the “surplus/threshold” system and how it is implemented. I don’t see how, even the forum gloom’n’doomers, could twist this into the shit-storm they had made it yesterday. The system Komoto-san explained today sounds completely reasonable, very well thought out, and a great way to alleviate that nagging feeling I always have when playing an MMO (that always leads to me getting burned out). That feeling like you just have to play every waking fee moment you have near a computer, or else you’re falling behind or wasting your hard earned money spent on the monthly fee. I love it.

Best yet, he completely acknowledges that they are still tweaking it and that the system people saw in Beta Phase 3 was not even properly implemented, and was broken by other mechanics that were in place for the beta. How about let’s all withhold judgement till Open Beta or launch. Sounds good to me.