If you’ve tried to play Lineage 2 on Windows 7 you’ve probably been bummed out to find that you get that pesky “GameGuard” error that has been plaguing pretty much every game in Windows 7 that uses GameGuard. What purpose GameGuard serves I have never bear witness to, it’s only given me problems, and this definitely is not the first time.

There is a solution that works for both Aion (not sure if you even need it anymore, they may have patched Aion) and Lineage 2, and probably any game in Windows 7 that needs GameGuard. I guess I should give a little disclaimer and say that you should “do this at your own risk” because you are technically messing with files in the game directory, which is usually against the TOS/EULA, but in reality you’re not doing any harm and without this fix you wouldn’t be giving them $15/mo and playing their games. Since they don’t want to fix it themselves (yet), this is the only option for playing Lineage 2 on Windows 7.

I’ll try to make this simple. You’re basically replacing the “gameguard.des” file (one small, measly file) so that the game will launch correctly, with the trick being that you need to replace it after Lineage 2 has gone through it’s auto-update routine in the patcher. Full details after the jump.

END_OF_DOCUMENT_TOKEN_TO_BE_REPLACED

A common folly of mine is that the gamer inside of me wants that sneak peak, pre-launch, hands-on that betas give you the privilege of enjoying, but the MMORPG gamer inside of me needs the character attachment and goal-setting drive that is just not possible in a beta, when characters will be wiped and fear of burn-out before the game even ships keeps me from wanting to play too much in the first place. Add in my disappointment that Aion turned out to not be the game I was expecting at all, and this makes for one unenthusiastic gamer.

While I’m at it, why don’t I just give examples of the things that totally bum me out about Aion.

I can’t stand the Asmodian race. One thing I will say is that I always hate the “bad side” in a game that lets you choose sides. It’s not that I can’t play the role of a heel, but it’s because I can’t stand the majority of those that always flock to the “bad guys,” you know, the teenage-angst teens listening to Disturbed and the “hardcore pvp” elitist asshats. Sure you could call it generalizing, but my time spent as an Imperial in Star Wars Galaxies, Horde in World of Warcraft, and Destruction in Warhammer Online totally cements and backs up my stance on this demographic of players. Just look at the Asmodians (pictured below), I can see the Slipknot shirts and hear the My Chemical Romance from here!

My bigger gripe with the races is that, well, there is technically only one race to choose. They split them into Asmodians and Elyos, but any non color-blind person can tell you that they are just simply pallet swaps. The character customization is deep, I’ll give them that, but it’s depth is honestly just smoke and mirrors. In the end you’re still going to end up a pretty-boy light skinned half-elf-looking-human with wings or a pretty-boy blue/purple skinned half-elf-looking-human with wings.

So I’ve created my pretty-boy with wings, let’s see if I like the game any better when I actually star playing. Short answer: more disappointment, but with a very pretty and polished wrapping. I’ve said this to my friends and thought this to myself a thousand times now, but Aion is the biggest “WoW clone” you will ever see (well, Runes of Magic actually is, but for the sake of my hyperbole Aion is). Aion takes the “themepark MMO” philosophy that WoW has popularized, polished the hell out of it, and plopped it into an Eastern-MMORPG shell. It’s not only the linear gameplay that Aion has copied, but the controls, UI, and combat all scream “oh hai WoW…I c wat u didd ther.” Aion takes all that Korean/Eastern MMORPGs have come to represent (what gave them appeal and charm) and totally defecated all over it in red, white, and blue.

Just thinking of how Aion has disappointed me (emphasis on me) makes me want to go log into Lineage 2 and engross myself in what a “Korean MMORPG” should be. When I have that “Korean MMORPG itch,” I want to grind monsters in the same spot for an hour, I want click-to-move to be the default control scheme and WASD to feel broken, and I want it to be a niche game where it stubbornly stands by what it represents in the face of the post-WoW MMORPG landscape.

Taking the time to truly rant about my disappointment with Aion has made me even question if I should keep my pre-order. I’ll need to be in the midst of a big-time MMORPG drought (like I am now, for instance) to get the drive to even go pick up my pre-order on launch day. I have no real MMORPG I’m attached to at the moment, but even that isn’t enough to make me want to log into the Aion beta.

(Hell, I’m reinstalling Lineage 2. I wonder if my account is still active?) 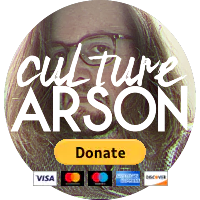